Class will be postponed until Friday, June 15. The solution for the assigned problem will be posted soon.

For those of you who don’t know the Alabama Rocket Engineering System team’s long-term goals are to launch a University of Alabama made rocket carrying a Alabama made CubeSat to orbit. For more info on their goals/in the news: https://www.ua.edu/news/2018/04/students-seek-funding-from-bama-blitz-to-build-liquid-rocket-satellite/

In order to get there they are the College of Engineering’s premier student group. They are being featured in Bama Blitz, a fundraising campaign. A breakdown of what the money will be spent on is included in both the article and on their funding page. They are looking for about $12,000 total. https://bamablitz.ua.edu/giving-day/5928/department/7649

Bama Blitz only lasts until tomorrow!

Today I received official notice: I am a member of the AIAA Space Operations and Support Technical Committee (SOSTC). The SOSTC Charter:

I’m very thankful for this opportunity.

I’m now STK Certified Level 1. This means that I can use the GUI and some snippets of code to develop and analyze a scenario. The testing scenario involved the ability to analyze the access of sensors on a small UAV to ground sites and compare that access with satellites and other vehicles given certain restrictions.

The video of the scenario I developed is available here: Video of Test Scenario

While in the midst of preparing for a journal paper I decided that I wanted to showcase my abilities. I will solve all the problems from Vladimir Chobotov’s Orbital Mechanics, Third Edition, and Richard Battin’s An Introduction to the Mathematics and Methods of Astrodynamics, Revised Edition and post the solutions online. I hope to have this done by January 2.

Not only will this be a good review for myself but it will showcase my abilities to solve problems relating to the field I want to enter. Hopefully, it will prove to be a valuable tool in the future.

As for the featured picture: I am in the process of getting myself certified Level 1 with STK. I dropped this scenario into Cesium while I was practicing and exploring STK before the exam. My exam is due December 22. I will let you know the results soon!

I recently received an award for $750 from the Space and Missile Defense Working Group (SMDWG). I have recently completed research on “Computational Fluid Dynamics (CFD) Aided Analysis of a Single-Stage Suborbital Rocket with a Six Degree of Freedom (6DOF) Solver,” that could have an impact on missile design. I was a runner-up for the SMDWG Graduate Fellowship Program.

This is a brief dip into velocity distribution. It is not intended to be cited nor be academically through. Rather it will hopefully provide some insight and give you links to use other than Wikipedia.

Imagine a container of particles. Gas particles. As these particles are whizzing about we notice this cloud of molecules seems to be equally spread out in all directions. 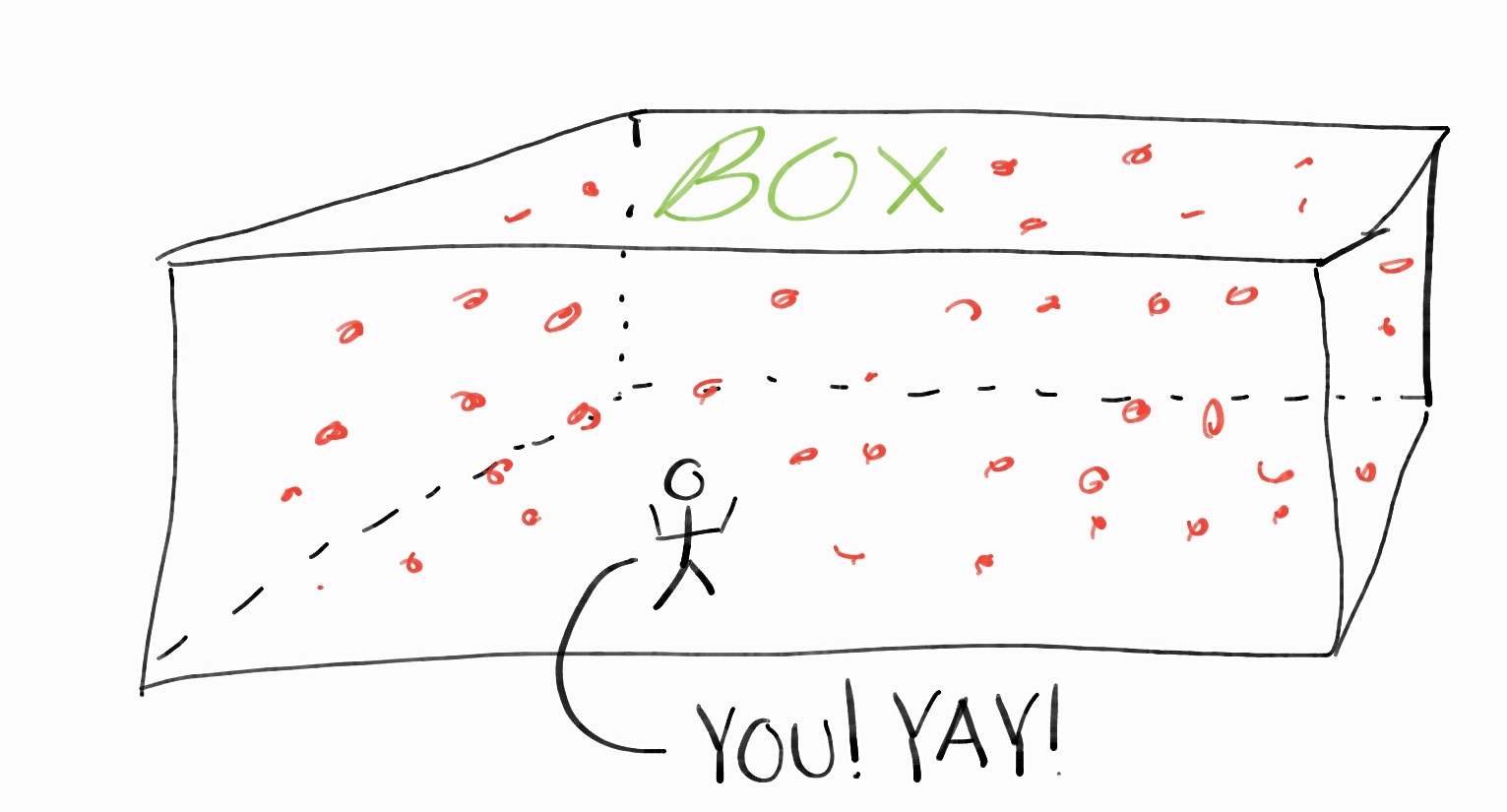 This is for several reasons:

If we were to examine the velocities of the particles using velocity space, a 3D system 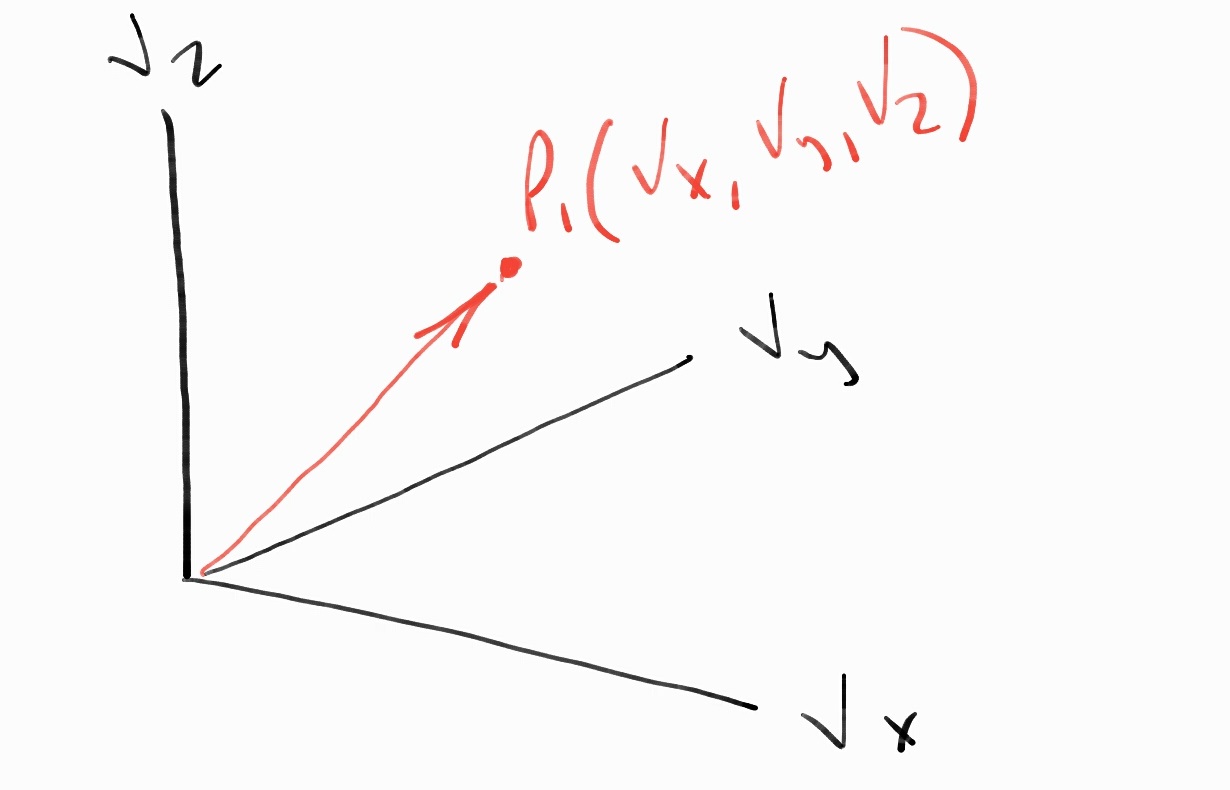 describing a particle’s velocity, we would find that they are evenly distributed as well.

We can imagine this as a shell. The velocities of all the particles will be distributed in a common range in order to achieve equilibrium.

This is where the Maxwellian distribution will come into play. In a real system we know that a molecule will not maintain constant velocity over time. There’s van der Waal’s forces, ionic, covalent, and metallic interactions, collisions, and a whole host of other things that can interact with the molecule. Since the main focus is rarified gas or a dilute gas we can assume intermolecular forces are negligible, (equilibrium kinetic theory).

The velocity distribution function for gas molecules in thermal equilibrium is based on symmetry. One molecule loses 5 m/s, another gains 5 m/s.

This average quantity can be use for anything that uses velocity: start thinking about momentum.

Some things to remember from our assumptions with equilibrium kinetic theory:

So we could find normal stress, σ, pressure, P, or etc…

The information gained from using a Maxwellian distribution:

Thanks to Dr. Wang for teaching Physical Gas Dynamics, where my notes from that class have served as the outline for this article.

I have provided links throughout this article specifically avoiding Wikipedia to help give you more references. Please credit your sources if you use them in your writing. (MLA) (AIAA)